If new technical solutions are to be used as an integrated part of publicly financed health care, it needs to be supported by solid, clinical data published in peer-reviewed scientific journals, it needs to free health care resources and put the tax-payers money to good use. Given these arguably objective truths, it was an obvious choice for us to support clinical trials to study the potential efficacy of OPTILOGG®.

Today four independent clinical trials have studied the effects of OPTILOGG®, recruiting 362 elderly people suffering from heart failure. An analysis of these studies shows that OPTILOGG® reduces the need for in-hospital care by 38%, and increases event-free survival by 50%, while also improving health-related quality of life. These outcomes are the effects of a significantly improved self-care behaviour, which means that the clinical impact is achieved without having to spend health care resources on monitoring or acting on data. OPTILOGG® is developed for the specific population and shows a mean system adherence of 92% after six months, which is the highest published system adherence in the world. OPTILOGG® is the only solution on the market with hard clinical data to prove that we reduce the health care burden in a cost-efficient manner.

A complete meta-analysis is provided below. 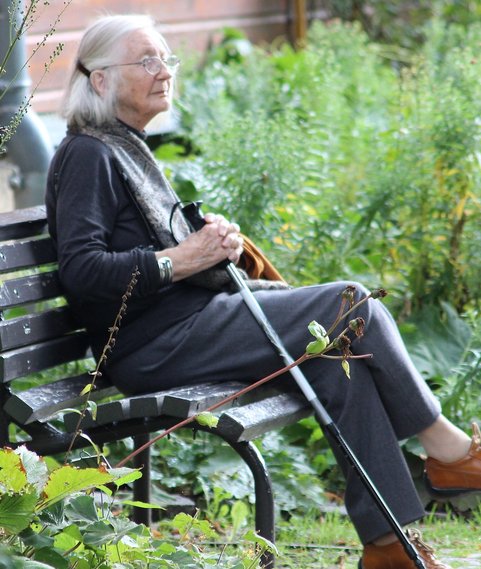 Heart failure (HF) is the leading cause of hospitalizations in the western world 1,2 and approximately 50% of these hospitalizations is a direct consequence of insufficient self-care behaviour3,4. In the light of the current hype around “remote monitoring” and “eHealth” etc, it is important to realize two crucial things:

The aim of this study is to summarize and describe the clinical evidence for OPTILOGG®. 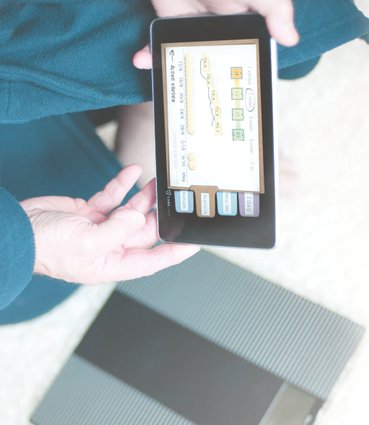 OPTILOGG® is based on a tablet computer, which incorporates symptom monitoring, interactive education and titration of loop-diuretics, in the patient’s home. It works as a closed-loop system, i.e. without the HCP having to engage in monitoring activities, however, the trends can be shared with the HCP during a visit at the patient’s discretion. The patient is encouraged to use the tool daily to register weight, get today’s dose of loop-diuretics and brief education about living with HF, and every five days the patient is asked to assess his/her symptoms. The weight serves as input for the dose of loop-diuretics per a patient-specific drug regimen. An artificial intelligence engine is connected to the education module to maximize knowledge uptake and keep the patient interested, as well as based on input parameters and the interaction with the tool, detect increased risk of hospitalization. If the tool detects such an increase in risk, the patient is encouraged to contact his/her HCP. 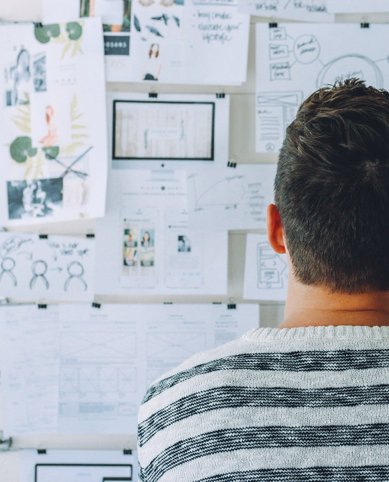 The in-hospital days were modelled as count-data and analysed using log-linear regression, reported as a risk ratio (RR). We wished to estimate the net/marginal incidence rate ratio of in-patient hospitalisation, so absorbing competing events (e.g. death) were handled by censoring. Cox-regression was used to analyse event-free survival and logistic regression to analyse hospital admissions.

System adherence was also investigated and was defined as the number of days the patient used the tool (reading information, reporting symptoms, or weighing themselves), divided by the number of days the patient has been equipped with it. No adjustments were made if the patient was admitted and therefore was not able to use the tool. We set a cut-off at ≥60% system adherence to define high-adherence patients. The cut-off point was based on literature findings for cut-offs used by others for similar interventions11,18.

Consistently, p-values of less than 0.05 were considered statistically significant and all significance tests were two-tailed. The analyses were performed in accordance with a modified intention-to-treat principle on the full analysis set, consisting of all randomised patients who gave consent and began their assigned care. Specifically, all patients in the IG equipped with the tool were included in the analysis, irrespective if they decided to return the tool or stop using it prior to the end of the study. All statistical calculations were performed in IBM SPSS Statistics 25/26.

There are four independent clinical trials, which have studied the effects of OPTILOGG®. An overview of these studies is presented in Table 1. The details of the studies have been published elsewhere, but a short methodological overview is presented herein, with the associated references:

Study I was a randomized controlled clinical trial (RCT) performed at Karolinska hospital, Södersjukhuset and Danderyd’s hospital in Stockholm in 201310,11. The final analysis set included 72 randomized patients, none of whom had attended an out-patient HF-clinic. Studied outcomes included self-care behaviour, health-related quality of life (HRQoL), knowledge about HF and in-hospital days due to HF. Patients were followed for 3 + 3 months

Study II was an RCT performed in rural Gotland at a primary care health-center (Swedish: Vårdcentral), which incorporated an out-patient HF-clinic, taking place in 201512. In total 100 patients were randomized to control or intervention and followed for six months. The primary outcome was in-hospital days due to HF, and in the intervention group (IG) self-care behaviour was also analysed, but due to budget constraints not for the control group (CG). All patients had attended the out-patient HF clinic.

Study III was a matched-cohort intervention study performed at Norrtälje hospital in 2016 13. Patients identified as frequently seeking hospital care for HF were identified and an equal number of matched controls were identified, in total 64 patients were included in the study. The studied outcome was in-hospital days and patients were followed for nine months.

was an RCT performed by Region Skåne in 2018-2019, where 124 patients were recruited at two hospitals and five primary care units14 (full publication currently under review). The final analysis set was made up of 118 patients randomized to CG or IG. Also, in this study every patient had attended a specialized out-patient HF-clinic prior to inclusion. The primary outcomes studied were self-care behaviour and in-hospital days due to HF. Secondary outcomes included event-free survival and hospital admissions.

The groups were generally well balanced, except for a significantly older population in the IG, where 73% were over 75 years old, compared to the CG where 61% were over 75 (p=0.037).

The data from all studies with respect to this particular outcome is presented in Figure 1. The total, weighted effect based on all studies combined was RR: 0.62, 95% CI: 0.45-0.88, i.e. a reduction of HF-related in-hospital days by 38%. 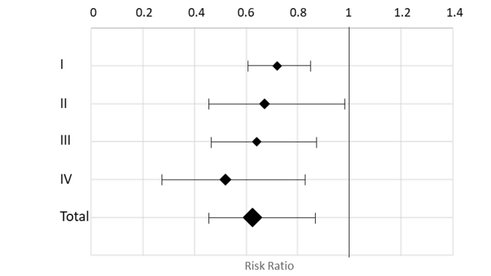 Figure 1. Forest plot of effects of OPTILOGG® on in-hospital days. 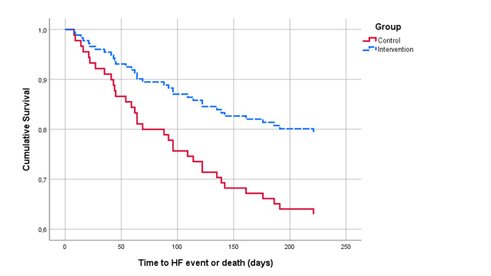 Figure 2. Survival functions for the CG and IG over time (in days).

The population included is a good representation of HF patients in terms of co-morbidities, aetiology, type of HF (i.e. HFrEF, HFmrEF and HFpEF), age and gender distribution. The results from the four different studies are very similar and thereby increasing the power of the results and reducing the risk of a Type I error.

A sufficient self-care behaviour should in theory be able to reduce hospital care by 50%, so an actual effect of OPTILOGG® at 38% is probably close to a practical maximum, given that that no tool is perfect and also since the analysis was modified intention-to-treat rather than per protocol, i.e. patients in the IG who did not actually use their OPTILOGG® are still included in the analyses. OPTILOGG® improved the self-care behaviour by on average 22% or 5.5 points, which is comparable to findings in literature from similar interventions3,19,20. Results of improved self-care behaviour, enabled through interventions similar to OPTILOGG® have usually resulted in effects on in-hospital days similar to these findings as well, being reported as 43% and 49%21,22.

To our knowledge 92% is the highest daily system adherence published in peer-reviewed journals for a home-based tool for this population (discounting studies where the patients received a call from the managing cardiologist in case of a missed transmission). We believe this to be a major driver behind the success.

The average cost of an in-hospital day for HF in Sweden for 2018 was 7 500 SEK (or roughly €750). Data from Sweden’s National Board of Health and Welfare (Swe: Socialstyrelsen) from 2018 tells us that Sweden’s approximately 250 000 HF patients consumed some 312 360 in-hospital days due to HF, corresponding to approximately 2.33 billion SEK (or approximately €234 million). Throughout Sweden 39 319 unique patients were admitted ≥1 time for HF, i.e. approximately 16% of the Swedish HF population. If all of these patients had been equipped with OPTILOGG® and we apply the numbers presented in this meta-analysis, 118 697 in-hospital days could have been avoided, thereby saving over 890 million SEK (or €89 million) annually. 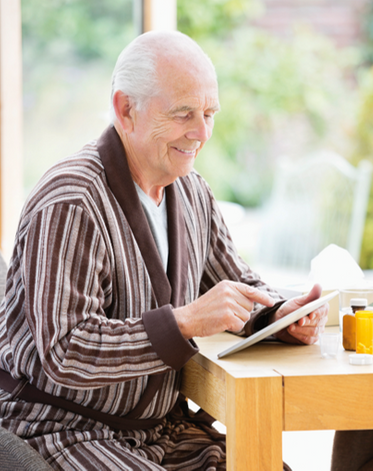 OPTILOGG® is the only mHealth/eHealth product on the market with solid clinical evidence for the relevant population, i.e. the multi-sick elderly. OPTILOGG® reduces in-hospital care by 38%, based on data from four independent clinical studies. Furthermore, it reduces the risk of HF-events or death by 50% and improves self-care behaviour by 22%. It achieves these number even for patients who have been treated at specialised out-patient HF-clinics, and without any IT- or health care professional resources being spent after deployment.